Holder will be leading Windies and not Brathwaite.

After an action-packed ODI series, Windies and England will conclude one of the best contests between the two teams with three T20 Internationals. The visitors have struggled in the Tests and ODIs so far. Clearly, with what has transpired so far, the Caribbeans have gained more which wasn’t even a possibility when the tour began. The fifty-over format witnessed some brilliant action and it goes without saying that it will another blockbuster game.

The dynamics change completely when it comes to T20s. The Men in Maroon enter as the favourites and with Chris Gayle returning in this format as well, it is imperative that he will be hogging the limelight all the way through. England, on the other hand, will be eager to leave the island nation after such a long tour and there is no better way than to play with freedom for them.

The first game of the 3-match T20I series between Windies and England will be hosted by the Daren Sammy National Cricket Stadium, Gros Islet, St Lucia.

Note: John Campbell could play ahead of Fabian Allen. 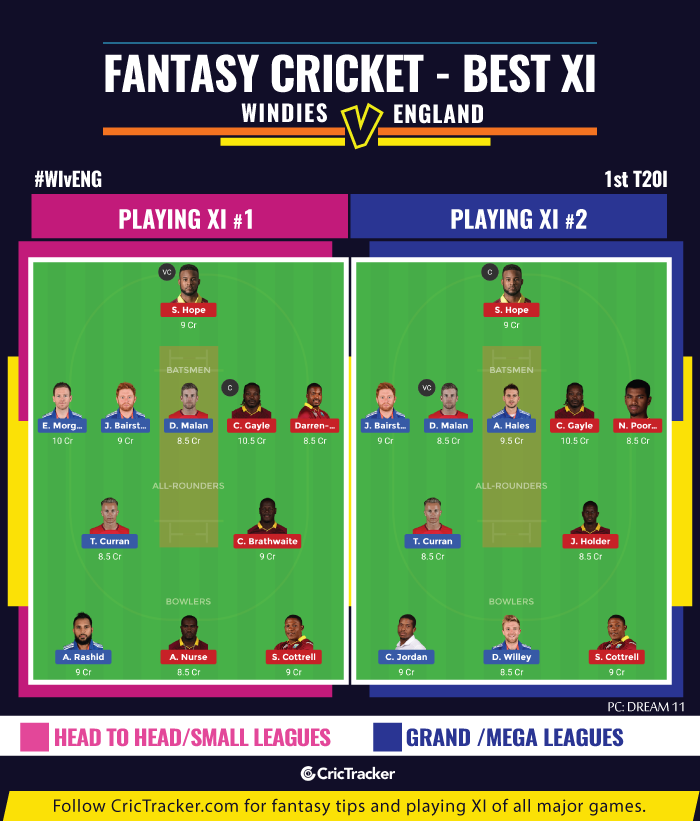 Expect Windies to win the opening game of the series and take an early lead.