The Semi-Final 1 of the Prime Minister Cup 2021 will be played between Armed Police Force Club and Nepal Police at the Tribhuvan University International Cricket Ground in Kirtipur.

Two very formidable and ruthless teams of the 2021 Prime Minister Cup will lock horns at Kirtipur tomorrow, with a place in the final at stake. It will be Group A toppers Armed Police Force Club taking on the Group B runners-up Nepal Police Club.

The former have looked more lethal of the two, as they have won all of their 4 group stage games and also have the best net run rate. Nepal Police Club, however, should not be taken lightly, as they won lost only once in the group stages. The bottom line is, given the quality of both the squads, that this game can be an enthralling contest.

It will be a bright and sunny day in Kirtipur tomorrow. At the start of the game, the temperature will be around 8 °C. There is absolutely no chance of rainfall.

The pitch here at Kirtipur is a perfectly balanced one, where anything north of 240 should be considered as a competitive score. The team winning the toss should opt to bat first.

Walking with the Indian flag at Gabba is a feeling I can’t express in words: Washington Sundar

Sunil Dhamala is currently the leading run-scorer from his team. The Nepal Police Club player has scored 187 runs at a fantastic average of over 45.

Dipendra Singh Airee has given him praiseworthy support in the batting order, but his brilliance is not restricted to one particular department. The all-rounder has scored 123 runs and has picked up 3 wickets.

For Armed Police Force Club, Basanta Regmi has had such an all-round influence. He has scored 74 runs and has also scalped 5 wickets.

Leading the batting department for Armed Police Force Club is their wicketkeeper-batsman Asif Sheikh. He has scored 144 runs at an average of nearly 50.

Sundeep Jora has also batted well for the Armed Police Force Club. He has struck 118 runs at an average of nearly 40. 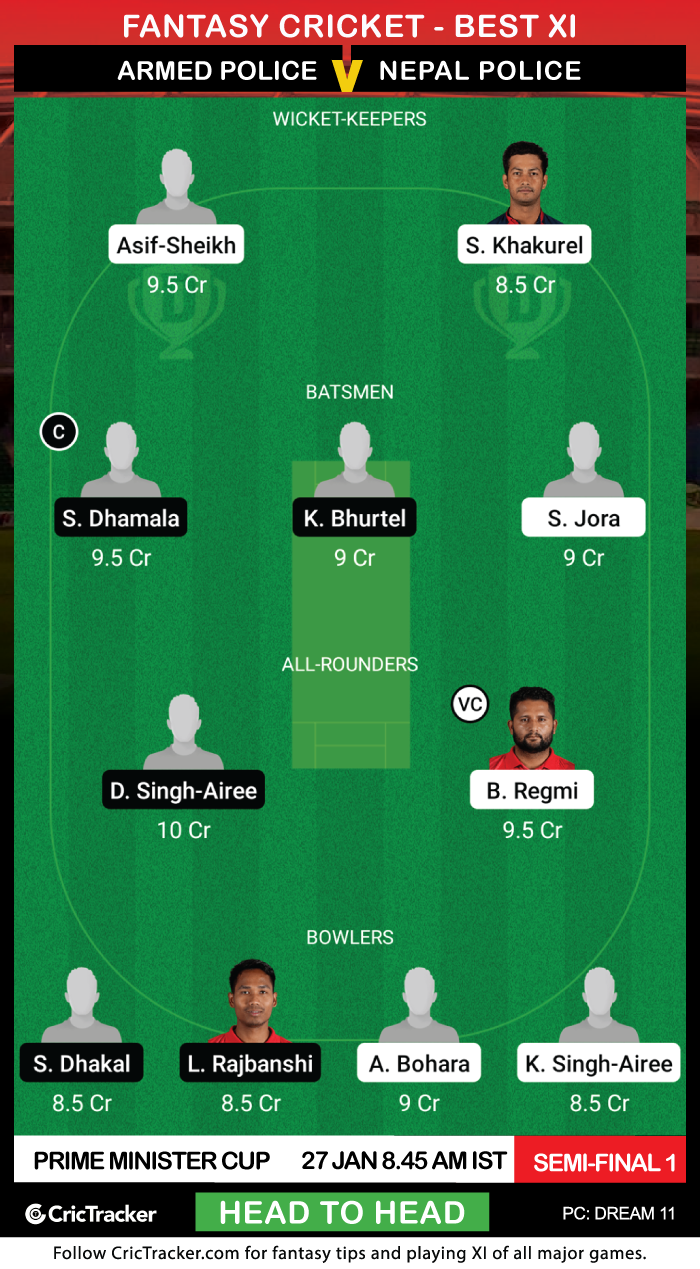 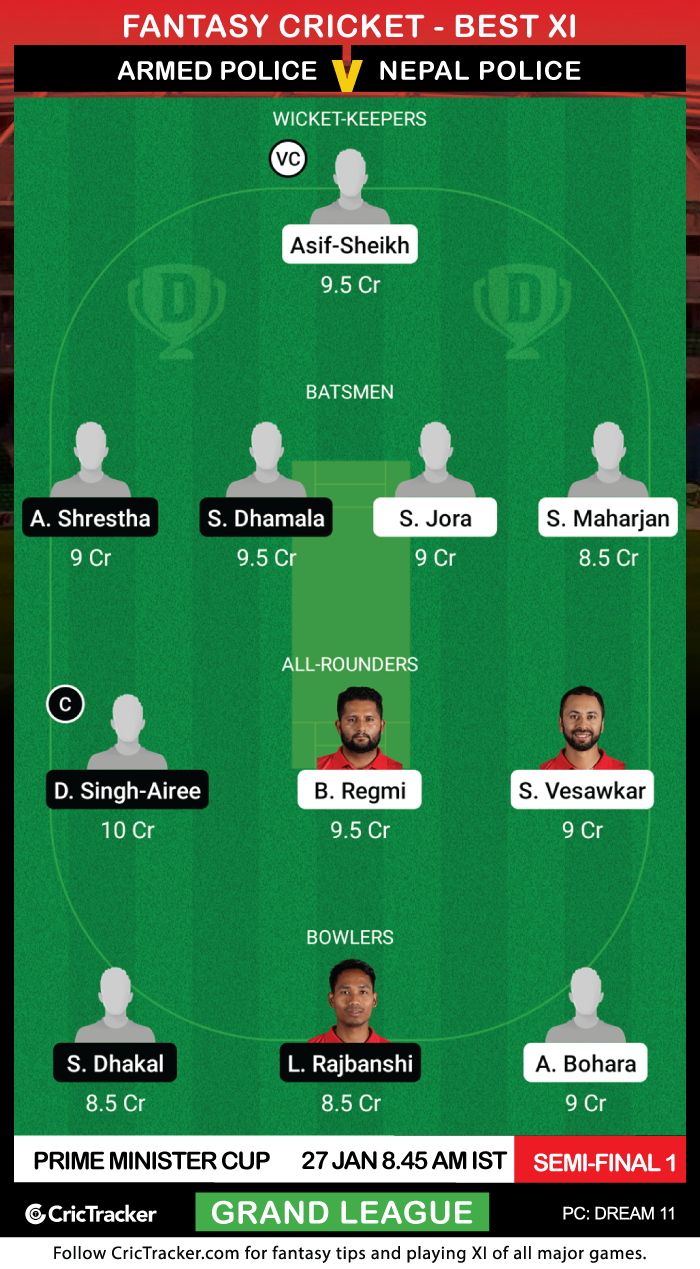 The pitch has been a bit unpredictable, with the bowlers getting the help on some days and the batsmen ruling the roost on the others. Accordingly, it is advisable to opt for a balanced approach and an even speak of ammunitions across all departments.