Fortune Barishal are currently second on the points table while the Dhaka Dominators are at last.

After absolutely dominating Rangpur Riders in the previous match, Fortune Barishal (FBA) is all set to take on Dhaka Dominators (DD) in match 20 of the ongoing Bangladesh Premier League (BPL).

Iftikhar Ahmed stole the show with his power-hitting as the Pakistan international smashed a century in just 45 deliveries against the Riders. Veteran Bangladesh all-rounder Shakib Al Hasan was very impressive as well as the southpaw hit 89 runs in just 43 deliveries. Courtesy of their stupendous innings, the Barishal-based franchise posted 238 runs on board after 20 overs and eventually won the match by 67 runs. Mehidy Hasan Miraz picked up three wickets for them but it was the batters who stole the show at the Zahur Ahmed Stadium in Chattogram.

Coming to Dhaka Dominators, they have been rather poor throughout the course of the season. The team has managed to win only one out of five matches and are currently at the bottom of the points table. Be it their batting or bowling, nothing has really done the job for them and that remains to be a massive reason to worry. Skipper Nasir Hossain has been the only batter who’s doing reasonably well but others need to step up immediately in order to qualify for the playoffs.

It has been a batters paradise at Chattogram. Once again a high scoring game is expected as anything above 180 will be a good score on this pitch. The team winning the toss should bowl first.

The seasoned all-rounder has been tremendous in the season. In five matches, the 35-year-old has scored 245 runs at a jaw-dropping strike rate of 199.18. He currently is the leading run-scorer in the tournament and would only look forward to add more to his tally.

The 25-year-old off-spinner was very impressive in the previous match and would hope to replicate the same on Friday, January 20. So far, he has picked up five wickets from five matches. 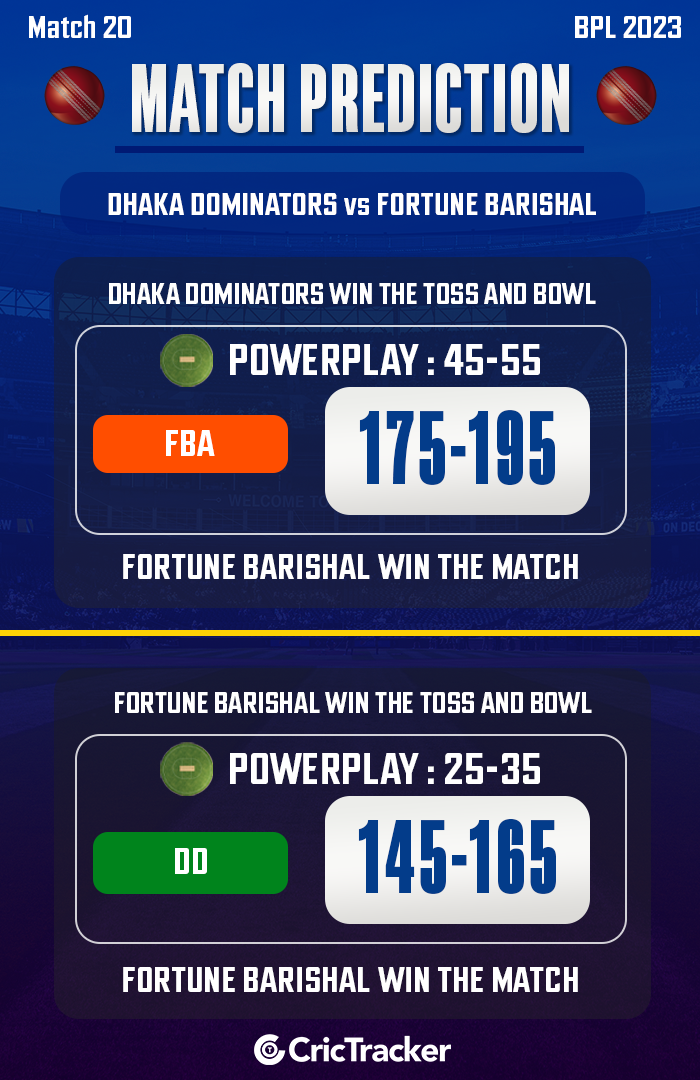