The Sunrisers have mostly dominated the Kings in the IPL over the years. 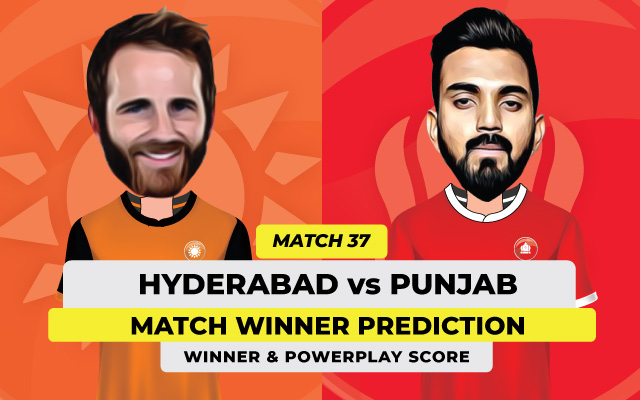 Sunrisers Hyderabad are all set to lock horns with Punjab Kings in Match No.37 of the 2021 Indian Premier League on Saturday, September 25 at the Sharjah Cricket Stadium. The Sunrisers are in all sorts of strife as they are languishing at the bottom of the points table with a net run rate of -0.689.

Earlier, T Natarajan tested COVID-19 positive due to which a few other players also had to go into isolation. To rub salt into their wounds, Sherfane Rutherford has left the bio-bubble after he endured a personal tragedy. The Sunrisers will go into the next game on the back of a hefty loss to the Delhi Capitals.

The Kings, on the other hand, slumped to a shock defeat at the hands of Rajasthan Royals. With four runs needed off the last over, they succumbed to Kartik Tyagi’s guile. The KL Rahul-led team is languishing at the seventh spot in the points table and need a win to climb the ladder in the table.

The pitch in Sharjah has been an excellent one for batting over the years. The venue is known for high-scoring encounters and the next game isn’t expected to be any different. Sharjah has helped chasing teams and batting second should be the way forward for the teams.

KL Rahul has been in tremendous form with the bat, although his team has flattered to deceive to some extent. In eight matches, the right-hander has notched 380 runs at an average of 63.33 and a strike rate of 137.68. Moreover, the fact that he has scored four half-centuries shows the rhythm he is in. Rahul will be looking to carry on with his rich vein of form.

Rashid Khan has been the only shining light for the Sunrisers in the 2021 edition of the IPL. In eight games, the Afghanistan tweaker has picked up 11 wickets at an excellent economy rate of 6.18. But to his sheer dismay, he hasn’t gotten much support from the others. Rashid can’t afford to drop his guard if the Sunrisers wish to make a comeback in the next game. 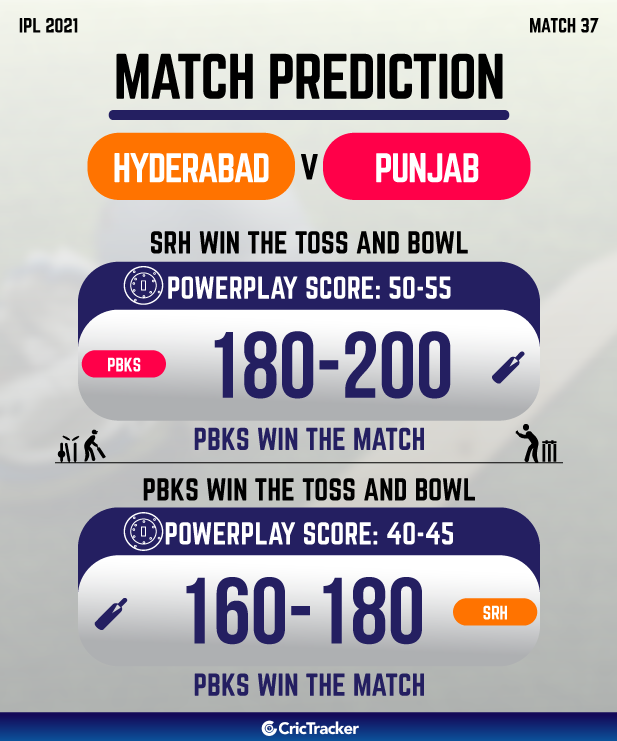