Dhawan was involved in an Instagram live chat with teammate Shreyas Iyer. 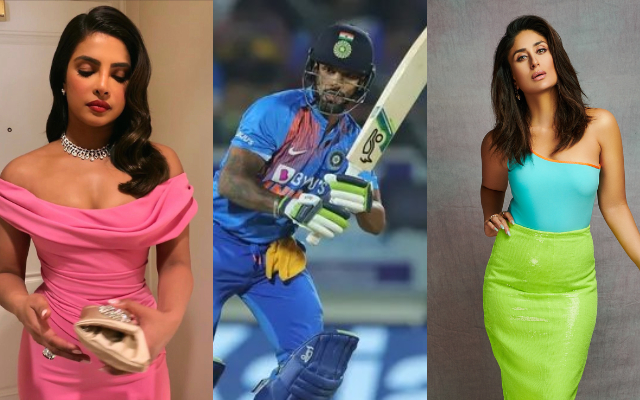 Shikhar Dhawan, the left-handed Indian opener is enjoying his time with his family while in quarantine. Moreover, he has become proactive on the social media platforms after cricketing activities came down to a standstill due to COVID-19 outbreak.

Following the footsteps of Team India opening partner Rohit Sharma, the 34-year-old was also involved in a candid live session with Indian cricketer Shreyas Iyer. While chatting, Shikhar Dhawan came out with some brilliant suggestions and revelations.

He is quite a fun-loving character, who always tries to remain in a jolly mood. On and off the field he looks pretty much the same as a human being. He was all set to play for the Delhi Capitals in the 13th edition of Indian Premier League (IPL). But, the tournament was suspended indefinitely as per the reports amid Coronavirus pandemic.

During the candid chat, Shreyas Iyer asked his Indian teammate to pick his favourite Bollywood actress. Shikhar Dhawan, in response, took a small pause and said that Kareena Kapoor and Priyanka Chopra are two of his favourite actresses.

It is known that Shikhar Dhawan has a big inclination towards music. So, the 34-year-old player revealed that while in quarantine, he is trying to learn to play the flute. As per him, music gives peace and every individual should learn at least playing one instrument. He also added that in lockdown everybody has time to utilize it in learning something great.

“Music gives you peace, and everybody should try to learn how to play a musical instrument now, especially because we have so much time to spend at home due to the lockdown,” Dhawan said during his interaction with teammate Shreyas Iyer on Instagram Live.

Iyer also asked Shikhar Dhawan to pick his most special knock in international cricket. The left-handed opener said that knock of 117 runs off 109 deliveries against Australia at The Oval is his all-time favourite. He played that brilliant knock with a fracture in his thumb in 2019 World Cup. His brilliant effort helped Team India in winning the encounter by a margin of 36 runs.